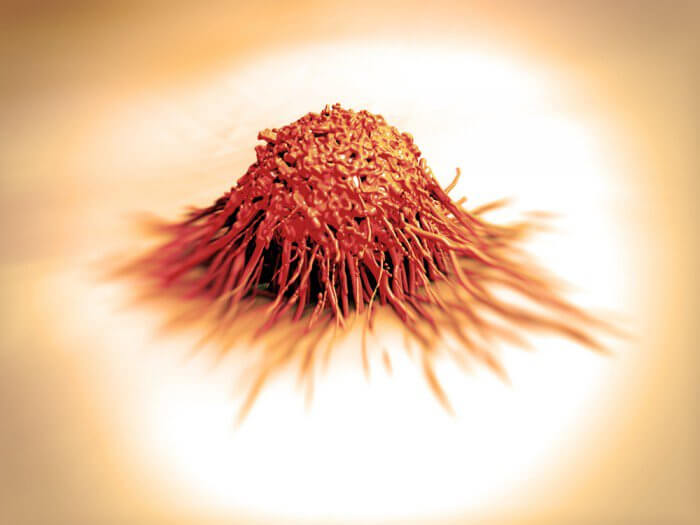 From The Mind Unleashed

Unbeknownst to most, a Copernican revolution has already taken place in cancer theory. Today, the weight of evidence indicates that plants and not chemicals are the solution for reversing the global cancer epidemic.

Our understanding of what causes cancer has undergone something akin to a Copernican revolution in the past decade. Biological fatalism has been the predominant force in medicine over the past half century, where most conditions including cancer were believed predestined ‘in the genes,’ and therefore impossible to reverse.

Instead of looking for root cause resolution of disease (RCRD), we resigned ourselves to ‘finding it early’ and in the case of cancer, when doing so (even when it was benign), we waged war against it, quite literally using weapons grade materials (mustard gas- and nuclear materials-derived agents).

Now, however, in this post-Genomic era, factors above (epi-) the control of the genes – epigenetic factors – are taking center stage; these include environmental exposures, stress, nutritional factors, and various lifestyle-based variables that are within the ambit of our control and volition, and which are often reversible.

In other words, cancer is now being understood as epigenetic dysfunction, a direct and even adaptive response to the post-industrial, carcinogen-saturated environment, in addition to a diet of faux, mostly chemically-produced ‘food,’ combining to produce an environment – ‘inner terrain– within the body ideal for cancer promotion.

Indeed, in a study published in the journal Food and Chemical Toxicology titled, “The use of plant-derived bioactive compounds to target cancer stem cells and modulate tumor microenvironment,” the authors note the powerful implications of this epigenetic view of cancer:

“A fundamental aspect to be taken into account is that epigenetic changes can possibly be reversed by modifying epigenetic factors, such as diet and lifestyle. Nowadays, identification of these factors is crucial to develop epigenetically-based preventions and more effective anti-cancer intervention strategies.”

Moreover, they note that natural interventions are once again (after countless millennia of worldwide use), at the cutting edge of medical intervention:

“Virtually, all dietary compounds have the ability to act at the epigenetic level in cancer cells thus influencing the epigenome in a positive or negative way. Particularly, plant derived compounds, such as polyphenols, have the capacity to reverse adverse epigenetic mutations in cancer cells, to inhibit tumorigenesis progression, to prevent the metastatic process or to sensitize cancer cells to chemo and radiotherapy (Vanden Berghe, 2012).”

The study highlighted the following points, the implications for the future of cancer treatment are truly revolutionary:

As we have covered extensively in previous posts, the discovery of a subpopulation within tumors of cells known as cancer stem cells, reveals that our half-century old war on cancer, officially inaugurated in 1971 with Nixon’s signing of the National Cancer Act, was extremely misguided.

The notion that cancer is simply a byproduct of cells within the body going rogue due to DNA damage and replicating clonally through fundamentally chaotic – stochastic – processes, has been called into question by the discovery that tumors are actually sophisticated, hierarchically organized communities that express highly intelligent, survival-based behaviors, albeit evolutionary ancient in origin.

The establishment views cancer as something ‘you have or don’t have,’ and the equivalent of being infected by ‘terrorist-like’ cancer cells that must be treated as an enemy and obliterated by any means necessary. This treatment ensues regardless of the collateral damage to the patient.

If cancer is not something that fatalistically ‘happens to the body,’ due to ‘bad’ inherited genes passed down from distant ancestors, but is something the body does adaptively to survive anthropogenic exposures that diverge from millions, if not billions of years, of bodily prehistory, suddenly the solution to overcoming the burgeoning, global cancer epidemic is in regaining and/or reproducing the ideal bodily and psychospiritual conditions within the body that is no longer conducive to carcinogenesis.

As proposed in the book I co-authored, Cancer Killers, we don’t get sick because we have cancer; we get cancer because we are already sick.

For additional research on the true nature of, and solution for, cancer, focusing on the revolutionary implications of the cancer stem cell theory, please review the following articles and videos:

I anticipate a time in the not too distant future when the conventional medical establishment freely acknowledges that cancer is a natural response to decades of culminative exposures to unnatural, evolutionarily unprecedented chemical, electromagnetic, psychospiritual exposures and conditions.

Instead of vilifying and violently suppressing the symptom of this perfect storm of toxicity — cancer — enlightened practitioners will learn to address, remove and redress the root causes, focusing on reproducing the conditions that support our genetic and epigenetic blueprint of health and wellness.

Take The Cancer Quiz here to find out your risk: https://cancerquiz.org

Sayer Ji is an author, educator, Steering Committee Member of the Global GMO-Free Coalition (GGFC), advisory board member of the National Health Federation, and the founder of GreenMedInfo.com – an open access, evidence-based resource supporting natural and integrative modalities. His writings have been published and referenced widely in print and online, including Truthout, Mercola.com, The Journal of Gluten Sensitivity, New York Times and The Well Being Journal.

In 1995 Sayer received a BA degree in Philosophy from Rutgers University, where he studied under the American philosopher Dr. Bruce W. Wilshire, with a focus on thephilosophy of science. In 1996, following residency at the Zen Mountain Monastery in upstate New York, he embarked on a 5 year journey of service as a counsellor-teacher and wilderness therapy specialist for various organizations that serve underprivileged and/or adjudicated populations. Since 2003, Sayer has served as a patient advocate and an educator and consultant for the natural health and wellness field.

Originally featured at Wake Up World

CBD for pain relief is one of the most frequent requests we get here at The CBD Expert. In fact, it was CBD for pain that got […]

Today the U.S. House of Representatives overwhelmingly passed an amendment that will finally allow Veterans Affairs physicians to discuss medical marijuana with their patients in […]