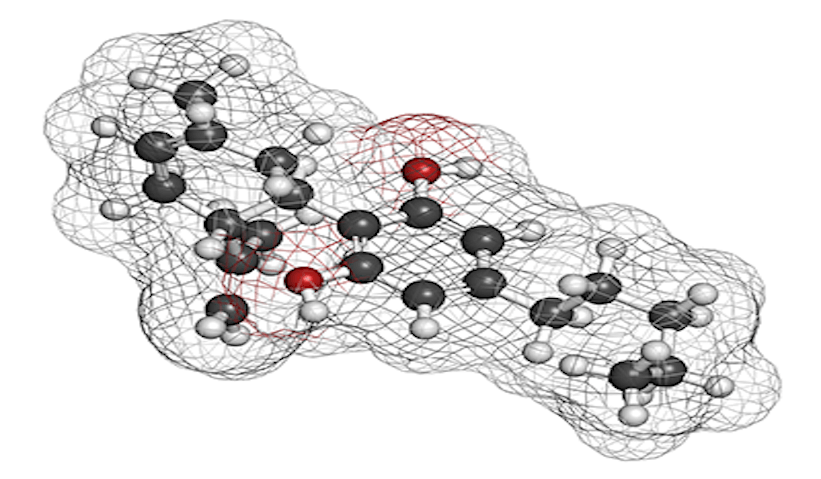 As I started learning about CBD, I became curious about the science behind how it helps people with so many different conditions – from bone fractures to asthma to epilepsy and cancer. The answer lies in the Endocannabinoid System, an integral part of our physiologies, which was discovered and named in the mid-1990s by Israeli researcher Dr. Ralph Mechoulam.

Dr. Mechoulam was also the researcher who identified THC as the main active ingredient in cannabis in the early 1960s. The endocannabinoid system (ECS) is thought to be the most important physiologic system involved in establishing and maintaining human health. It plays a role in many if not most of our body’s processes including mood regulation, memory, inflammation, appetite, muscle tone and movement, perception of pain, protection of nerves and brain tissue, traumatic memory extinction, tumor regulation, bone growth, stress management, eye pressure, gastrointestinal motility and seizure activity. It is considered a master control system of virtually all our physiology.

Dr. Mechoulam discovered two main types of receptors in our bodies which he named cannabinoid 1 (CB1) and cannabinoid 2 (CB2). These receptors for cannabinoids are the most prevalent neurotransmitters throughout the human brain and are expressed in nearly every tissue and cell throughout the body. They are even found in the organs, bones, and skin.

CB1 receptors are primarily found in the brain, are present in the male and female reproductive organs, and are in neurons throughout the body . Current research shows that THC is specifically keyed to the CB1 site. CB1 receptors are not present in the part of the brain that regulates heart rate and respiration. That is the reason that, unlike narcotics, there is no lethal dosage threshold for THC.

When CBD is present, it moderates the effects of THC. It actually knocks THC off the CB1 receptor, so if someone is experiencing THC intoxication, a strong dose of CBD can counteract those effects.

CB2 receptors are primarily found in the immune system, with the highest concentration located in the spleen. The CB2 receptors are keyed to CBD and work as an anti-inflammatory agent. The immune-boosting functions of CB2 are just beginning to be understood.

The “Magic” of CBD and The Endocannabinoid system

In each tissue throughout the body, the endocannabinoid system performs different tasks but the goal is always the same – homeostasis – the maintenance of a stable internal environment despite fluctuations in the external environment. This is the reason that CBD “magically” improves so many different ailments.  Examples of homeostasis include the regulation of temperature and the balance between acidity and alkalinity (pH). It is a process that maintains the stability of the human body’s internal environment in response to changes in external conditions.

The total effect of the ECS is not only to regulate homeostasis, but also to prevent disease and aging.

After the discovery of the ECS, researchers began to look for substances made by our own bodies that would bind with it. It would have been quite shocking to have the most important physiologic system in our body only able to bind to molecules of plant origin. And sure enough, endocannabinoids have been discovered; these are substances that are made within our bodies that bind to the ECS just like CBD and THC do. They are the endogenous arachidonate-based lipids anandamide (N-arachidonoylethanolamide, AEA) and 2-arachidonoylglycerol (2-AG).

In addition to endogenous (Anandamide and 2-AG) and plant-based cannabinoids (like CBD, THC and CBN), attempts have been made to stimulate the ECS with synthetic cannabinoids such as Marinol, the synthetic version of THC. The side effects of this FDA-drug can be extremely unpleasant, although some patients have experienced benefits from using it.

When we don’t have enough endocannabinoids in our body, a condition called Clinical Endocannabinoid Deficiency can result. Researchers are connecting CECD to a number of ailments including illnesses previously considered untreatable like irritable bowel syndrome, migraines and fibromyalgia.

Levels of Endocannabinoids Drop Under Stress, Rise with Cannabis

When the ECS isn’t healthy, any number of things can go wrong. The cannabinoids in cannabis can helps us bolster the ECS, which is why the herb is so effective for so many different ailments.

If you have tried CBD for a particular ailment, you probably noticed other improvements in your health and well-being as well. Welcome to “The Magic of CBD” and keep us posted of your results!