“What is CBD?” is a frequently asked question by those seeking out solutions to help with inflammation, pain management, anxiety and a variety of other health concerns. CBD is short for Cannabidiol (pronounced canná-buh-díe-all). Cannabidiol is one of about 85 special compounds, called cannabinoids, that have been isolated from Cannabis Sativa L, better known as the cannabis plant.

CBD can come from two sources:

What Does CBD Do? 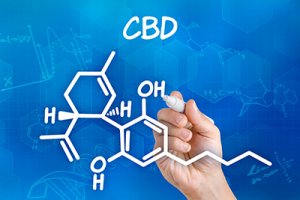 To help understand CBD, it’s necessary to understand what happens to CBD in our bodies once we take it. CBD acts on the body’s endocannabinoid system, an internal group of neuromodulatory lipids and their receptors in the brain that are involved in a variety of physiological processes. These include appetite, pain-sensation, mood, and memory. In other words, the endocannabinoid system in the body, which is acted upon by CBD, affects your body’s response to stimuli: this system determines your appetite, pain-sensitivity, memory and mood.

Interestingly, CBD also acts on the same system in the body to block or limit the “high” and “stoned” feeling produced by another cannabinoid in the cannabis plant called tetrahydrocannabinol, better known as THC. So not only does CBD act on the part of the brain that can produce very beneficial health benefits like pain relief and mood elevation, it also inhibits the psychoactive effects of THC which so many people wish to avoid.

Read More about CBD and the Endocannabinoid System

Humans have been linked to hemp for more than 10,000 years

CBD is a natural component of hemp, which today we often call industrial hemp or agricultural hemp. Hemp and humanity have been linked for 10,000 years. Our ancestors used hemp to build things like ropes, ships and maps and even printed bibles on hemp. Some sources say women in royal courts used hemp creams to help with menstrual cramping. Hemp was once of the most grown and utilized crops in the world. In America in the 17th century, farmers could be jailed if they did not grow an adequate supply of hemp. This was all changed by The Marijuana Tax Act of 1937 and again by the Controlled Substances Act of 1970.

Things began to shift back towards the acceptance of hemp in 2014, when President Obama passed the Agricultural Act of 2014, making it legal for “universities and state departments of agriculture to begin cultivating industrial hemp for limited purposes.” And then in 2015, Senators passed the Industrial Hemp Farming Act allowing American farmers to cultivate industrial hemp (with regulations).