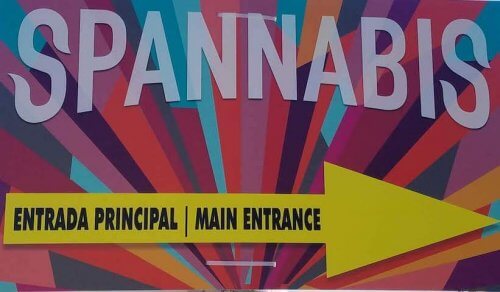 We’ve just returned from Spannabis in Barcelona, billed as the “largest cannabis conference in Europe” with attendees from around the world. There were certainly a lot of people there, a lot more than they had prepared outdoor seating for or organization at the gates on opening morning. 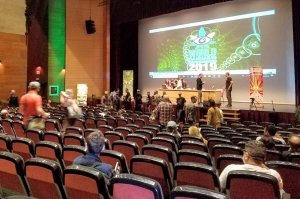 The lectures, however, were empty. That was a big surprise, as in America, the lectures started becoming standing room only as interest in the industry surged. The lectures that we saw were only in Spanish with no translation so perhaps that was a factor. There were many Americans working at the booths, as well as English and Dutch (who always speak good English).

Most of the booths were seed companies or growing products, and there was a lot of interest in the attendees in these items. We talked to many vendors on the last day and most seemed to be very pleased with the show.

We learned that CBD merchants were told a few weeks ago that they would not be allowed to sell or give away CBD products that were made from CBD flowers. This was incredibly interesting to us. This is the opposite of what they have banned in California – CBD products made from stalks and stems.

In Europe, most CBD products are made from flowers, and many people we spoke with said that the ban was essentially a complete ban on CBD products. NOT IN AMERICA, we replied. They’ve been making CBD products from industrial hemp for years!

“But those products would be contaminated and not as effective, you would need so much plant material to get enough CBD!” they said.

EXACTLY! Kudos to Europe for never even going down that road, the road that so many American and Canadian companies are on, selling industrial hemp CBD products. Isn’t it funny, many of them market “Industrial Hemp from Europe” as a good thing. While in Europe, they are smart enough not to use industrial hemp for CBD products. 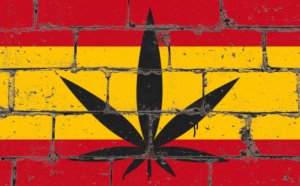 In Spain, CBD is a non-audited product, that is, it is NOT ILLEGAL, but it is also not legal to use as food supplement.
“Until the European Union regulates CBD, it is illegal to sell for human consumption, and, therefore, it is banned until the Spanish wake up from their siestas and put it on the list.”
According to Harris Bricken, “the EU novel foods regulation and the moratorium over food supplements containing cannabidiol have stopped entrepreneurs’ initiatives and spread fear among retailers that have faced police intervention that took CBD products for human consumption off the shelves. Nevertheless, hundreds of other possibilities are being explored by local and foreign companies accustomed to working in a constantly changing environment, that seek for safe alternatives to keep their business growing and find a good spot in the market.” They also provide an interesting update to the social use cannabis market in Spain.

Austria is one of the most advanced and commercialized CBD markets in Europe who used to lead the cannabinoid revolution. Businesses in Austria were recently surprised when they were told to immediately stop selling CBD food and cosmetics because the products fall under the European Union’s definition of “novel food.”

One of the companies we spoke with last year about our European expansion was visited by the Austrian food safety agency and asked to “immediately stop the sales of CBD-containing food such as cakes, dietary supplements and teas.”

CBD in Europe, America and the World – The Future

This article gives a detailed overview of where we are in terms of regulation in America and Europe. For now, many retailers are still selling their products as aromatherapy or for external use.

In America, CVS is going to start selling CBD topicals in eight states.

Please leave comments or contact us if you have any information about GW Pharmaceuticals. Are they the Monsanto of the cannabis industry? We know that in America, their FDA-approved CBD drug is the beginning of a big pharma-take over of CBD availability to the American people.

Our hope is that people all over the world have access to effective and safe CBD products. We hope that the world comes together to understand the healing effects of CBD and cannabis, and that big pharmaceutical companies lose their battle to horde CBD and other cannabinoids and charge outrageous prices for them, as we can see GW Pharma is already doing.

Update – CBD Around the World After 2020

We are so pleased that the European Union did NOT vote to make CBD a narcotic. See our Linked In post about it. We spent most of 2020 in limbo, not knowing which direction to move forward. Or in what countries. But it turns out most countries are realizing the benefits of hemp for the planet and implementing industrial hemp and medicinal cannabis agricultural initiatives.

We’ll continue to update this page with more information. In the meantime, you can search our blogs by keyword for different topics that we’ve written about over the years.

We just found out that Humboldt County has banned hemp production. We have mixed feelings about that. As you know, we support hemp farming but there may be a valid point about the cross contamination. We got our start in the industry going up to Humboldt from San Diego, so we have a true respect for the community there and their values.

Cross contamination certainly is a worldwide concern. Perhaps that will be our next blog 🙂